The 2022 Horsetooth Half Marathon marked a return to the race’s normal April time slot, with over 1,400 runners from 37 different states celebrating the spring return to racing. Now in its 49th year, race day offered up cool temperatures and some stiff winds out of the west propelling many runners to new personal bests.

None more so than at the front of the field in the men’s race, with first and second both going under the previous course record. The new men’s mark (1:06:51) was set by Colorado Spring’s Dominic Korir, while Salt Lake City’s Liz Lagoy took home the women’s title.

Race times were aided by a strong wind out of the northwest. Although challenging alongside the reservoir as a cross-wind, it turned into a huge tailwind advantage after the turn onto Bingham Hill at the race’s halfway point. Race morning temperatures ranged from the high 30s to low 50s.

In celebration of the beautiful hills that define our state and the course, we annually crown a King and Queen of the Mountain at the course high point just 1.7 miles and +500′ into the race. This year, the crowns went to Liz Lagoy (12:27) and Sean O’Connor (10:13).

Lagoy crested the top of  Monster Mountain just 7 seconds ahead of Fort Collins’ Sophie Anders who pressed hard through the hills of Centennial. At the race’s halfway point, Anders had assumed control of the race and held a close to 30 second lead at the race’s halfway point. But while the hills played to Anders’ strengths, the final five miles on the bike path took their toll. With approximately three miles to go, Lagoy reassumed the lead and held it into the finish (1:20:02) where she would need to wait just 30 seconds to see Anders cross the line (1:20:32) and a further three minutes for third place Sophie Seward (1:23:37). Rounding out the top five money spots were Holly McKinney (1:24:58) and Jenna Bensko (1:25:37).

In the men’s race, Sean O’Connor’s early lead on the opening climb was quickly covered by the chase pack, and at the halfway point at the base of Bingham Hill it was Korir and 2012 NCAA Champion Lawi Lalang leading the race with Tyler McCandless just six seconds adrift in third. After giving up more time over Bingham Hill, McCandless would pick up Lalang on the bike path but just fall short of reeling in Korir who held on for the win in a new course record time of 1:06:51. McCandless time of 1:06:59 was also under the race’s previous course record, and Lalang in third posted the race’s fourth fastest time ever (1:07:40). Rounding out the top five were Will Cross (1:08:56) and Sean O’Connor (1:09:46).

It was another fast year and a nice compliment to women’s course record that was set in the fall by Sara Vaughn.

Age group award winners took home beautiful pottery awards from famed local potter Amy Hayman. In addition to our award winners, all finishers went home with a beautiful commemorative pint glass from New Belgium Brewing and a unique finisher’s medal that pairs with the fall 2021 medal to complete a single picture from the Fall/Spring Horsetooth Half Double.

In closing, we’d like to thank all of our wonderful volunteers that helped out in many different capacities to help make the 2022 running of the race a success. Thank You! We’d also like to thank our seven wonderful top-tier sponsors who have supported this year’s event with total enthusiasm. 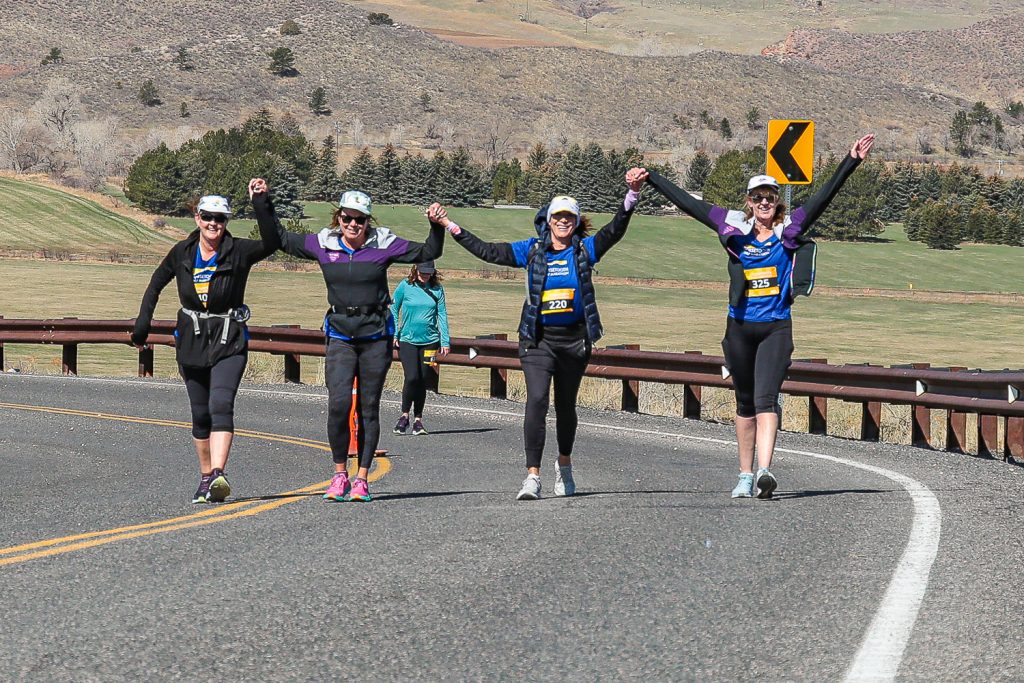